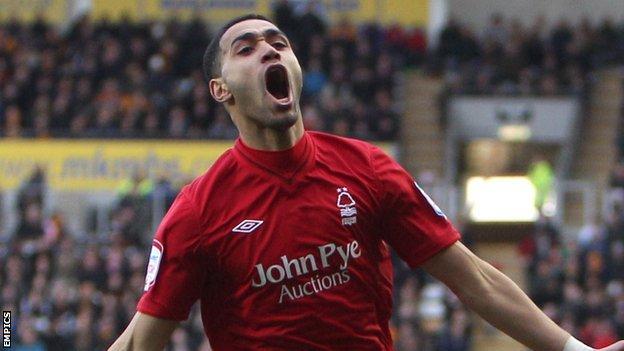 The 24-year-old has agreed a three-year deal with the Hornets, who have the option of a further 12 months.

He came through the Forest youth ranks and has scored 44 goals in 230 games since his debut in 2006.

"Lewis is a very talented player and an excellent signing for this football club," Watford boss Gianfranco Zola told the club website.

"He will give strength to our squad and I'm sure our supporters will be excited to see what he can do in a Watford shirt."

McGugan, who scored eight goals in 32 appearances last season, will join up with his new team-mates at their pre-season base in Italy.