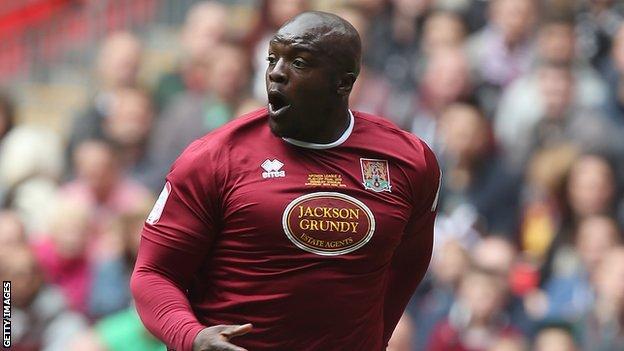 League One side Gillingham have re-signed former Northampton Town striker Adebayo Akinfenwa on a one-year deal.

The 31-year-old, who was released by the Cobblers in May, scored 17 goals in 51 appearances last season.

Akinfenwa spent the 2010-11 campaign with the Gills, scoring 11 goals during his spell at Priestfield Stadium.

Manager Martin Allen told the club website: "It is my gut feeling that he will do well in a Gillingham shirt, playing for the club that he loves."

He added: "Opposition teams cannot handle him or deal with him.

"I'm sure, with the passion of our supporters, that he will respond on the big stage called Priestfield.

"He will be a very valuable member of our squad, on and off the field."