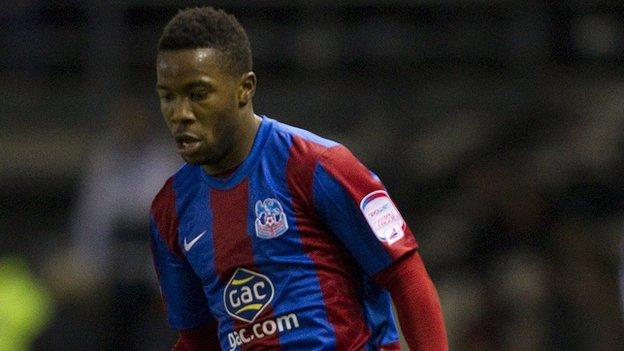 The 25-year-old right-back, who has one Sierra Leone cap, will join up with the English League One club on their pre-season tour of Finland from Wednesday.

County manager Chris Kiwomya told the club's official website: "I've seen Mustapha play, I've spoken to him and he has the right attitude.

"He wants to play for this club and he wants to do well here."

Dumbuya, who was born in Sierra Leone and came to the UK when he was five years old, has previously played for Doncaster Rovers, Crystal Palace, Portsmouth and Crawley.

Kiwomya added: "I need players here who want to be here, who want to succeed for this club, work for their team-mates and for the fans who pay their money to come and watch them every week.

"Mustapha will add an extra dimension to our play, he is quick, he can play in a number of positions, he can be a threat down the wing but also a good defender, he should fit in well to the style of play that I will be looking to play this season."