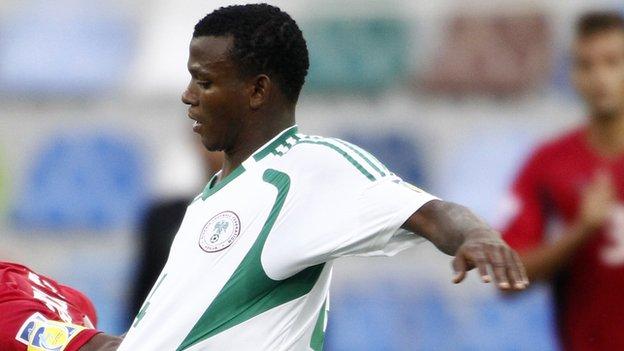 Nigeria's hopes of lifting a first ever Under-20 World Cup were ended by Uruguay in the last 16 of the tournament in Turkey.

The Flying Eagles were reduced to 10-men just before half-time as they lost the match 2-1.

Abdullahi Shehu (pictured) was shown a straight red card in the 41st minute.

Nicolas Lopez scored both goals for Uruguay, including a penalty, while Olarenwaju Kayode briefly made things level for Nigeria.

Ghana are the final African team left in the tournament as they take on Portugal in the last 16 on Wednesday.

Mali and African champions Egypt both failed to make it past the group stages of the tournament in Turkey.