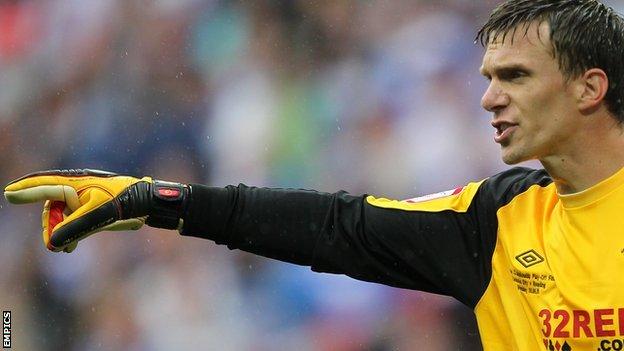 Nottingham Forest have completed the signing of Wolves goalkeeper Dorus De Vries on a free transfer.

De Vries, who still had a year to run on his contract, has agreed a two-year deal at the City Ground.

The 32-year-old Dutch keeper joined Wolves in June 2011 after a four-year spell with Swansea.

But, with Wayne Hennessey returning to fitness and Carl Ikeme also competing for a place, first-team opportunities were likely to be limited.