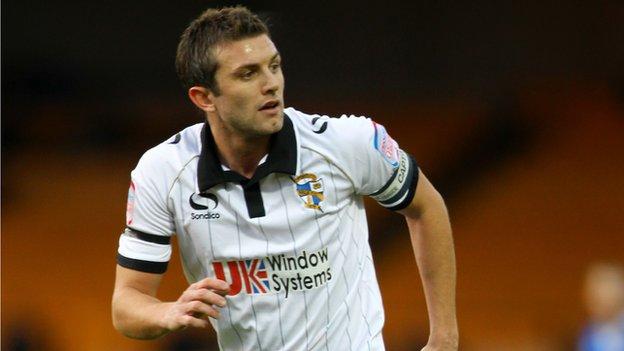 The 26-year-old midfielder, who was offered a two-year deal by boss Micky Adams, is the last of Vale's out-of-contract players to agree terms.

"I had a lot of other offers," Loft told BBC Radio Stoke.

"I had a decision whether to stay here or move back closer to where the rest of my family are, but I had time to go away and think it over," he added.

"I have a two year-old and a young baby to take into consideration. My heart and head told me that I wanted to stay and Micky Adams was a big factor too.

"I've played under him for a long time," added Loft, signed for Vale by Adams from their former club Brighton in 2009. "Wherever he is, the club is going to be success."

Loft follows the leads of eight other players in committing his immediate future to Vale Park.

Striker Louis Dodds and defender Adam Yates have signed one-year deals, with an option for a second.

Of the 11 Vale players offered deals at the end of the season, boss Micky Adams has lost midfielder Sam Morsy to Chesterfield and winger Ashley Vincent, who rejected Vale's offer of a two-year deal.

As he is under 24, Vale are due a compensation fee for 21-year-old Morsy, and the two clubs have now reached an undisclosed fee.