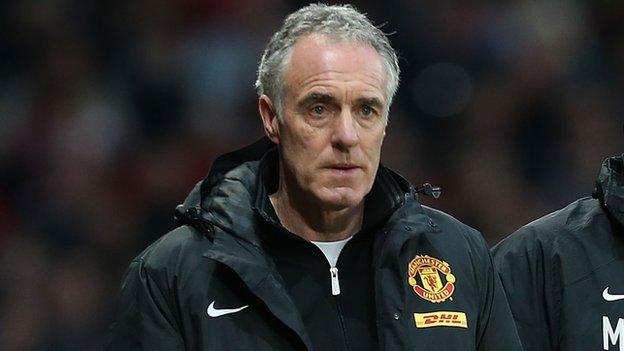 The much-travelled Ward, 43, who began his career at Aston Villa, ends a two-year stay as Shrews goalkeeping coach by taking up the same role at Forest for his old Preston boss Billy Davies.

"The keepers need specialist training. He was keen to come in and help out."

Ward, who retired from playing at the end of the 2010-11 season after 370 league appearances with 16 different clubs, was first on Shrewsbury's books as a teenager in 1988.

He was then registered as a Town player for the second time last season, taking his place on the bench when second-choice keeper Joe Anyon picked up an injury.

"Gavin's been offered a job at Nottingham Forest and was keen to accept it," added Turner. "I can understand his reasons. It's a big club."

He then linked up with Manchester United where, under Sir Alex Ferguson, he spent another five years before being succeeded by Chris Woods when David Moyes took over as manager this summer.