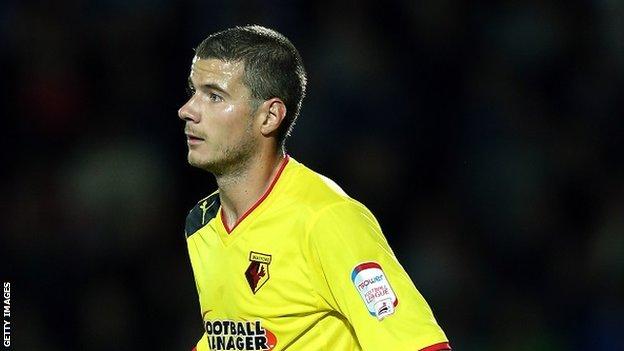 The trio were three of 12 men on loan from Udinese and Granada, who, like the Hornets, are owned by the Pozzo family.

Left wing-back Pudil and midfielder Battocchio have signed respective four and three year deals while defender Cassetti has signed for a year.

The 36-year-old, who played 43 times in his debut season with the Hornets, had been a free agent after his previous one-year deal expired.

Last month the Football League voted to restrict the number of overseas loans clubs can make during a season.

The Football League has now limited matchday squads to five loanees, with four from any one club - in line with quotas for domestic loans.

The club have yet to officially confirm the signings of Battocchio, 21, and Cassetti, 36, who join from Udinese, and Pudil , 27, who signs from Granada.

However the trio announced their contracts on their Twitter accounts on Friday.

They, along with other former loanees Joel Ekstrand, Ikechi Anya and Almen Abdi, have travelled with the squad to the club's pre-season training camp in Italy.