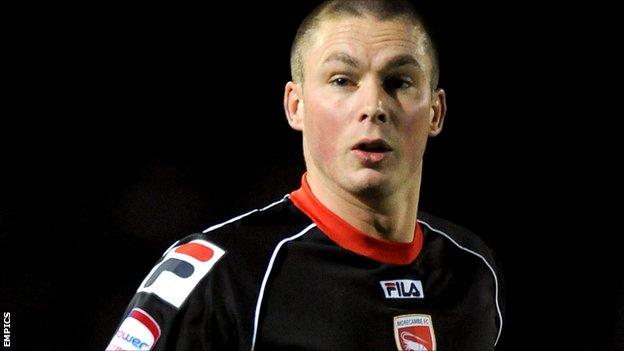 Gateshead striker Richard Brodie is confident he can continue his prolific record in the Conference following his move from Crawley Town this summer.

"I'd back my goal record against anyone in this division, it's just under one in three," Brodie told BBC Newcastle.

"My work-rate gets me goals and, playing for the club - my hometown club - will be a proud moment."

Brodie made his name at York after a spell at Newcastle Blue Star, prompting a move to Crawley for an undisclosed fee and in turn helped them into the Football League.

He never played a League match for the Sussex side, moving to Fleetwood on loan the following season where he repeated the promotion feat.

Further stints at Morecambe and Grimsby followed before he finally left the Broadfield Stadium for Tyneside this June.