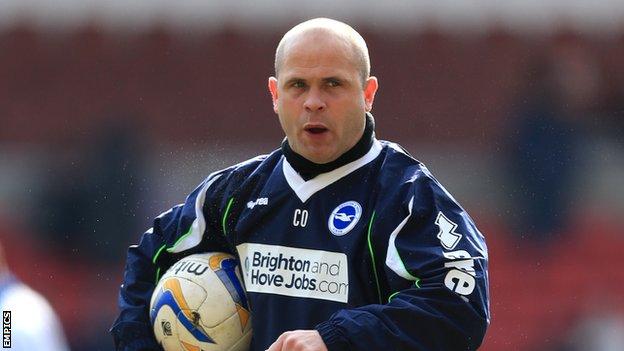 The 39-year-old, who was appointed in November 2009, was suspended in May pending an internal investigation.

Oatway captained the Sussex outfit during his eight-year playing spell with the club, in which he scored nine goals in 248 appearances.

He won three promotions during his time with the Seagulls but was forced to retire in 2007 due to injury.

Following his retirement Oatway remained involved with the club, working with its charitable arm Albion in the Community.

After returning to the club as coach under manager Gus Poyet, Oatway helped the club to win the League One title in 2011.

"The club would like to sincerely thank Charlie for his hard work, commitment and dedication since he joined the club in 1999," a statement on the club website said.

"We wish him all the very best for the future and are confident he will have a long and successful career ahead of him."

Former Torquay and Brentford midfielder Oatway was suspended by Brighton, along with manager Gus Poyet and his assistant Mauricio Taricco, following the play-off defeat to Crystal Palace.

Poyet was eventually sacked by Brighton after a club investigation and a disciplinary hearing.