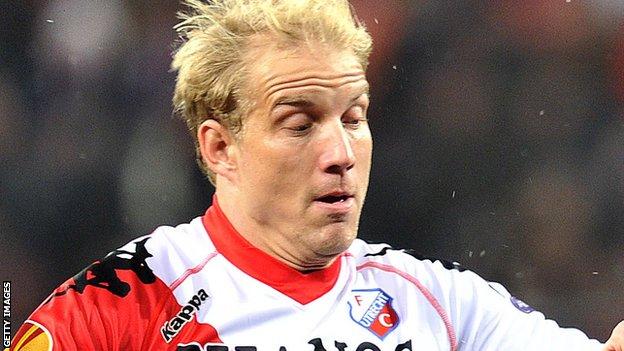 The 31-year-old Dutchman joined the Cherries from Dutch side FC Utrecht in June 2012 but his time at the Goldsands Stadium was hampered by injury.

Demouge, who has been capped at under-21 level for the Netherlands, made just two appearances for the Cherries, his last against Stevenage in October.

He spent part of last season on loan at Roda JC and is now expected to sign a permanent deal with the Dutch outfit.