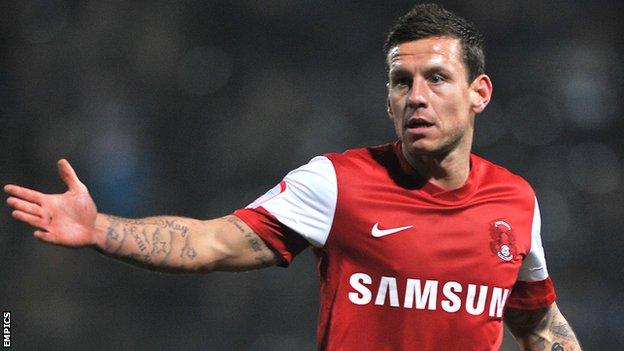 Oldham have signed former MK Dons and Brentford striker Charlie MacDonald, who was allowed to leave Leyton Orient at the end of last season.

The 32-year-old has agreed a one-year deal with the League One club, with the option of a second in Oldham's favour.

MacDonald began last season with the Dons and in January.

He scored three times in 20 appearances for Russell Slade's side, including twice in a in March, but