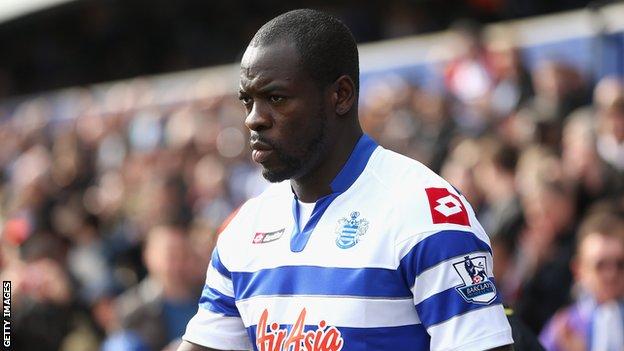 QPR have sold defender Christopher Samba back to Anzhi Makhachkala for £12m.

The west London club bought the former Blackburn man from the Russian Premier League club in January for £12.5m.

The 29-year-old centre-back signed a four-and-a-half-year deal with the R's and was reportedly earning wages of about £100,000 a week.

Samba made 10 appearances last season, but could not help Rangers avoid relegation from the Premier League.

But the Congo-Brazzaville international's high wages caused issues with some supporters, with Samba telling them to "get over it" following their defeat by Fulham in April.

Rangers are looking to cut their wage bill following their relegation to the Championship and strikers Jay Bothroyd and Djibril Cisse have already left Loftus Road this summer.