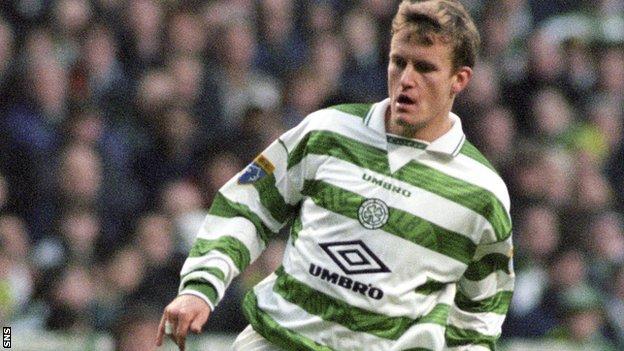 Former Rosenborg striker Harald Brattbakk believes the Norwegians will beat St Johnstone if they meet in the Europa League qualifiers.

The Tippeligaen side hold a 2-1 first-leg lead over Northern Irish club Crusaders, with the winners facing Saints in the second qualifying round.

"I would say Rosenborg are slight favourites" he said. "Because they are playing domestically at the moment.

"This is the first competitive game for St Johnstone."

Brattbakk, who scored 19 goals during three years in Scotland with Celtic, reckons going into European competitions while up and running on the home front is vital to success.

"I remember all the years we went into the Champions League at Rosenborg," he said.

"We were on a roll, playing domestically and getting another game midweek was just a bonus.

"It was no problem to get through because we had played a lot of games and the team has to use that to their advantage when these games come."

However, they did get something of a fright when Crusaders went 1-0 ahead at Seaview on Thursday.

"I wasn't expecting anything less than a win against Crusaders," Brattbakk said.

"They showed a little bit of professionalism getting back and winning away. It should be an easy way now to the next round.

"The strength of the current team is that it's actually getting together quite a few good individual players - more now than before.

"You have individual players who can cause something on their own. Getting Rosenborg on an off-day would be the best way [for St Johnstone] to get a result."

Brattbakk is definite in recalling Celtic's league title win of 1998 as the highlight of his career in Scottish football.

And the 42-year-old keeps in close touch with how Neil Lennon's current Hoops side are getting on.

"I actually took my two oldest kids back to Celtic Park last year when they played Barcelona," he said.

"I'm just happy Celtic are on a roll again."