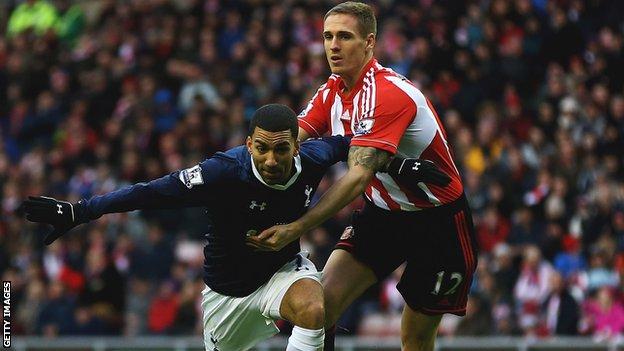 Blackburn Rovers have completed the signing of former Sunderland defender Matt Kilgallon on a free transfer.

The 29-year-old, who began his career at Leeds, was available on a free transfer after leaving the Stadium of Light at the end of last season.

Kilgallon, who has agreed a two-year contract, made just 21 Premier League starts for Sunderland after joining from Sheffield United in January 2010.

The Crystal Palace man worked under Blackburn boss Gary Bowyer while coming through the youth system at Ewood Park and had a medical at the Championship club last week.

On the signing of Kilgallon, Bowyer told the club website: "He's left-sided and has the ability to play in a couple of positions for us, both at centre-back and at left-back.

"He will bring a lot of experience from playing in the Premier League and in the Championship."