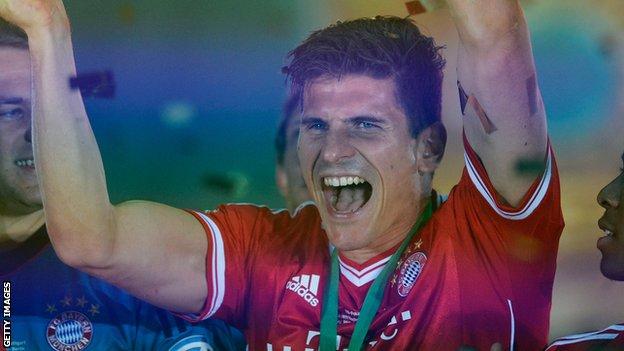 The fee for the 27-year-old's transfer has not been revealed but reports say the Italian club will pay up to £17.2m.

Gomez and the Premier League

But he only started nine Bundesliga games during the campaign, and came on as a last-minute substitute in Bayern's 2-1 win over Borussia Dortmund in the Champions League final at Wembley on 25 May.

Gomez became the Bundesliga's most expensive signing when he moved to Bayern from Stuttgart in 2009.

"He made a major contribution to two German titles and and two German Cup wins," added Rummenigge.

"The highlight, of course, was the Champions League win and the treble last season.

"I want to thank him for his performances for Bayern. On behalf of the club I wish him lots of luck and success in Florence."

Fiorentina finished fourth in Serie A last season to qualify for the play-off round of the Europa League.