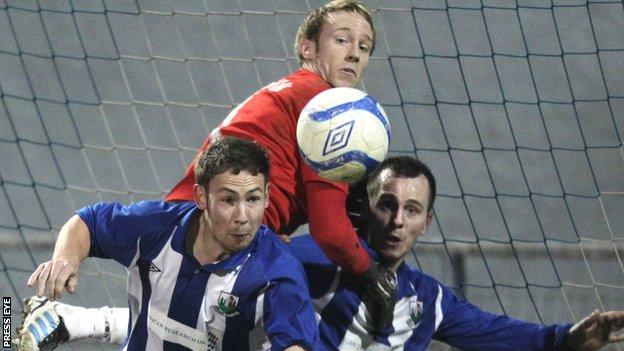 The 28-year-old, who joined the Whites from UCD in 2011, left Distillery in May after they were relegated from the Irish Premiership.

Defender Emmett Friars and midfielder Peter McMahon joined the Ports at the end of last season but it has mostly been players leaving Shamrock Park.

Richard Lecky and Brian Gartland were among those to depart.

Lecky joined Ballinamallard while experienced defender Gartland was not offered a new deal.

McNeill has signed for league champions Cliftonville and Aaron Burns has returned to Linfield.