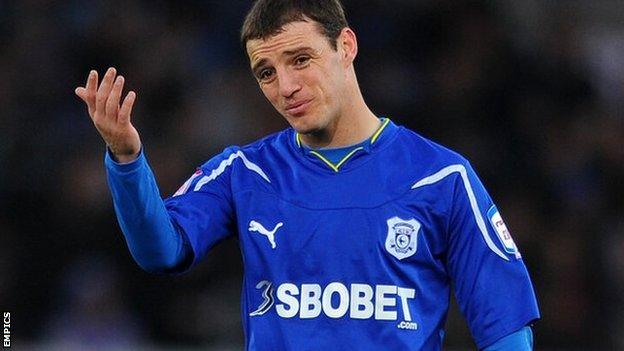 Former Wales midfielder Jason Koumas has asked to train with Tranmere in the hope of earning a contract and ending his two-year exile from football.

BBC Radio Merseyside reports the 33-year-old was assessed by the club's fitness staff during Monday's session.

Koumas has been a free agent since being released by Wigan in 2011, his last senior appearance coming for Cardiff City in May of that year.

He began his career at Tranmere, playing 150 times in four seasons.

Koumas, capped 34 times by Wales before retiring from international football in 2009, also had two season-long loan spells with Cardiff.