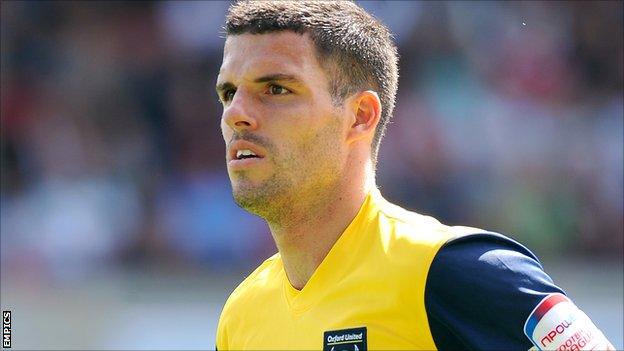 Carlisle United manager Greg Abbott will use pre-season to assess whether to offer striker Lewis Guy a contract following his exit from St Mirren.

after a season in the Scottish Premier League and has joined the Cumbrians on trial.

"He likes the club, the togetherness and atmosphere so if he shows us enough it's one we can look to make happen."

Abbott, who persuaded Lee Miller to extend his stay at Brunton Park this summer, has teenager Mark Beck, Danny Cadamarteri and former Liverpool and Tranmere winger Ryan Amoo in his striking ranks for next season.

Guy, meanwhile, is one of several trialists looking to catch the eye, and the United boss is keen to give the player time before making a decision.

"He'll have a timescale himself. He's done the running work, but all the work we do in training now is football work so we'll find out day by day," Abbott added.

"The games keep coming thick and fast so by the end of the 14 days we should have an answer for him and hopefully it's a good one."

Guy, born in Cumbria, began his career at Newcastle United but made his name at Doncaster as a versatile forward, scoring 24 goals in 187 games, and helping Rovers into the Championship.

After a move to MK Dons, he has struggled to settle and spent time at Oxford on loan before joining St Mirren.