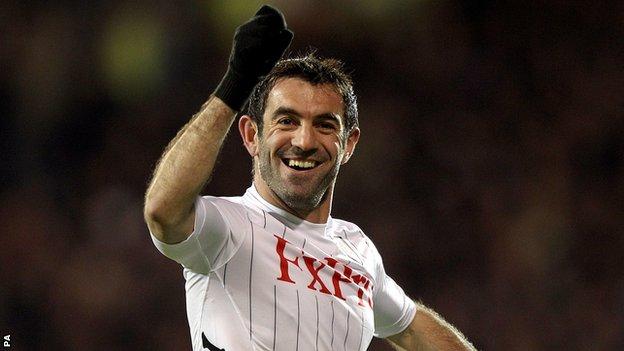 The 36-year-old, his country's all-time record appearance holder with 125 caps, moved to Craven Cottage on a season-long deal last summer.

Runner-up in their fans' player of the season award in 2012-13, he was initially among those released when the Cottagers retained list came out.

But Karagounis, who played 28 times last season, is to stay on.

The former Panathinaikos, Benfica and Inter Milan midfielder was part of Greece's Euro 2004-winning side, and captained his country at Euro 2012.

Karagounis's other honours include a Coppa Italia with Inter in 2005 and a Greek Superleague winners' medal during his second spell with Panathinaikos in 2010.