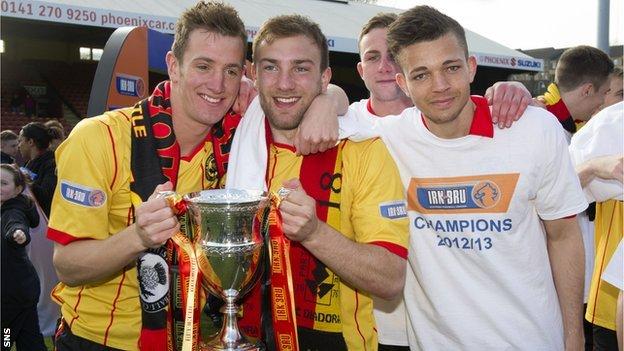 Partick Thistle and Dundee United will make history by contesting the first match of the Scottish Professional Football League.

The Firhill fixture has been brought forward to Friday 2 August.

Partick's hosting of Hearts on 16 August and Airdrieonians' Second Division clash with Rangers a week later are the other Friday matches.

The Edinburgh derby scheduled for Saturday 10 August has been put back a day to the Sunday.

In all, 10 matches in August have been rescheduled, with those on 31 August subject to further moves depending on the European results of Scottish teams.