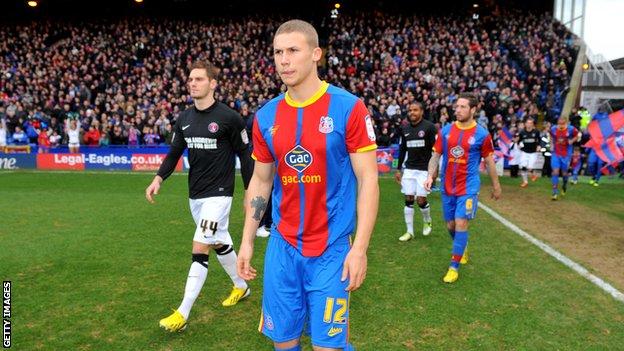 Former Blackburn youngster Alex Marrow has rejoined the club from Crystal Palace for an undisclosed fee.

The 23-year-old midfielder worked with Rovers boss Gary Bowyer while coming through the youth ranks at Ewood Park.

Ex-Preston and Fleetwood loanee Marrow has agreed a three-year contract with the Championship club.

"He hasn't quite fulfilled the potential he showed because he hasn't had enough opportunities," Bowyer told BBC Radio Lancashire.

"He brings some flexibility to the squad in that he can play a variety of positions. We see him playing in midfield and adding some steel in there."

Marrow, who did not make a senior appearance during his initial spell with Blackburn, is the second academy graduate brought back to the club by Bowyer, following the return of Notts County's Alan Judge to Lancashire.

He played four times for Crystal Palace in the second half of last season as the Eagles won promotion to the top flight via the play-offs.

Bowyer is hopeful of adding one or two more new faces ahead of the new season, which begins with a trip to Derby on 4 August.