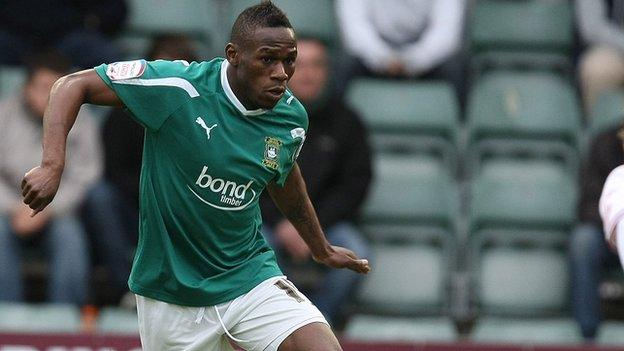 The Zimbabwean international is at Huish Park after following a trial with Turkish Super League side Elazigspor.

The 26-year-old was Argyle's player of the year last season but failed to report for their pre-season campaign.

who made over 100 appearances for the club in three seasons.