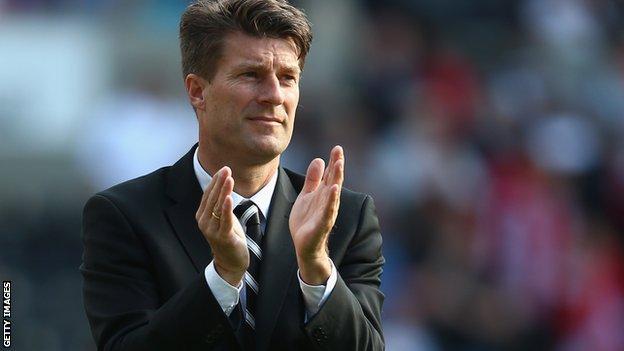 Wilfried Bony watched from the stands as his future Swansea City team-mates strolled to a 10-0 friendly win over third tier Dutch opponents Haaglandia.

Bony, 24, is to the Swans from Dutch side Vitesse Arnhem.

Rory Donnolly scored a nine-minute hat-trick in the closing stages.

Angel Rangel, Nathan Dyer, Pablo Hernandez and Kenji Gorre were also on target as Swansea proved to be a class apart.

As in Saturday's 5-1 victory over Excelsior Maassluis, manager Michael Laudrup fielded two different teams in each half.

Swansea's final game of their pre-season tour in the Netherlands will be their toughest as they face top-flight side ADO Den Haag on Saturday.