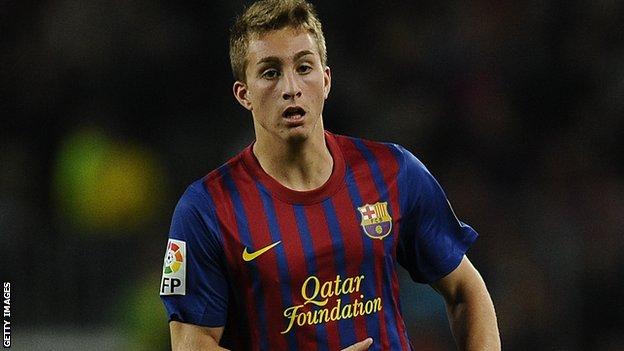 Everton have signed 19-year-old forward Gerard Deulofeu on a season-long loan from Barcelona.

He has made two senior appearances for Barcelona and helped Spain's Under-19s to become European champions in 2011 and 2012.

"I am delighted that he has chosen to take the next step of his career with Everton."

Deulofeu will join up with the squad later this summer after having a break following his involvement in the recent Under-20 World Cup in Turkey.