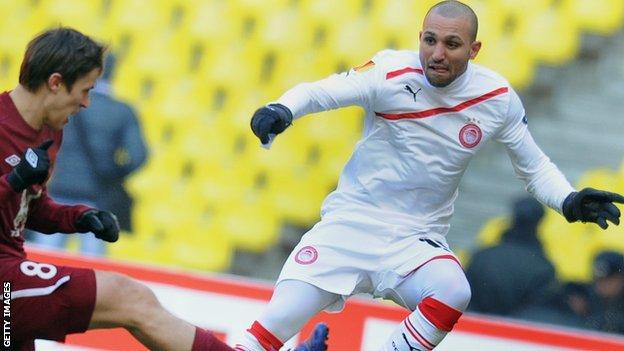 Djebbour was expected to sign Reds this week, subject to passing a medical.

But Forest say the 29-year-old refused to take part in the full medical.

Meanwhile Djebbour had earlier denied he was joining Forest. "I have several propositions and give myself some time before making a choice," he tweeted.

A Forest spokesman said: "Every player has to complete a full medical at Nottingham Forest and as the player concerned refused we could not finalise the deal."

Djebbour has played in Greece since 2005 and has scored 39 goals in two seasons with Olympiakos.

Midfielder Leadbitter played in all but four Championship games last season and was voted Boro's player of the season by supporters.