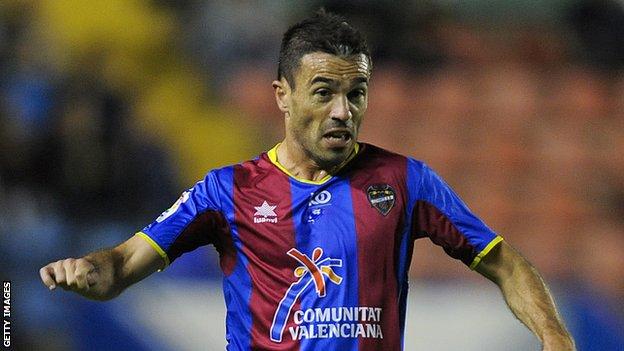 League One side Brentford have signed former Villarreal defender Javi Venta on a free transfer.

The 37-year-old right-back, who left the Yellow Submarine at the end of last season, has signed a one-year deal.

Brentford sporting director Mark Warburton told the club website: "This is a signing that brings a wealth of experience and ability to the squad.

"He has an outstanding reputation in Spain for his professionalism and approach to the game."

Venta, who joined Villarreal in 1999 and spent more than a decade at the club, was part of the side which reached the semi-finals of the Uefa Cup in 2003-04 and the last four of the Champions League in 2005-06.

He left in 2010 for a two-year spell at Levante before returning to El Madrigal last summer.

"Javi has been first choice right-back at Villarreal and has played at the highest level," Warburton continued.

"We are delighted to see how clear his ambition is to take on a new challenge of the like presented by Brentford.

"This is a very different signing and is a coup for us.

"We are looking to expand our recruitment network and add value to the squad and we hope this signing sends out a message to the fans."