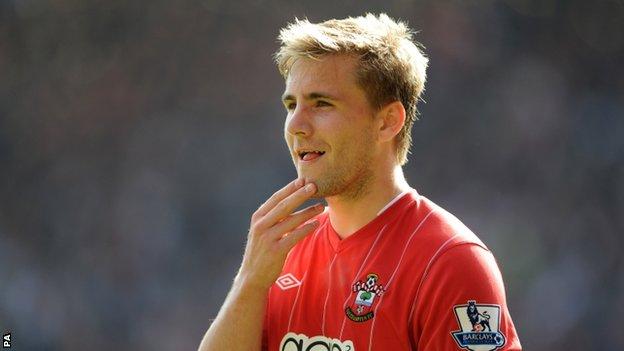 Southampton youngster Luke Shaw has signed a new five-year contract at the Premier League side.

The left-back, who turned 18 on Friday, made 28 appearances for the Saints last season.

His performances earned him a call-up to the England team for the European Under-21 Championship, however he pulled out through injury.

Isgrove has made one appearance for the Saints first team, coming on as a substitute against Leeds in the Capital One Cup in October 2012.