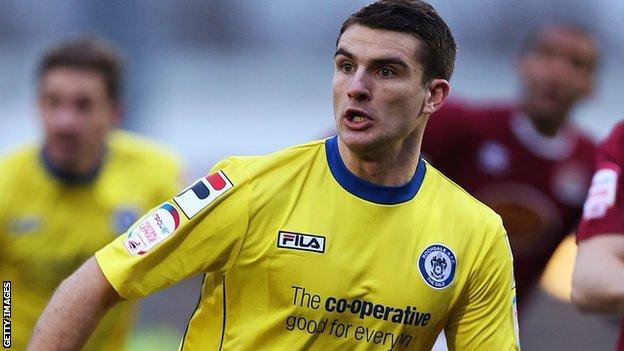 Cheltenham Town have signed Terry Gornell on a two-year contract.

The 23-year-old striker was a free agent following his release from Rochdale, where he had spent the last eight months.

"Terry has been on our radar before and I've made a couple of enquiries but he certainly offers us something a little different," manager Mark Yates told the club website.

"We have brought him here to be a big part of our season."

Gornell started his career at Tranmere and made 50 appearances, scoring four goals, before joining Accrington in 2010, where he had previously enjoyed a loan spell.

The forward went on to sign for Shrewsbury and scored 10 goals during the 2011-12 season.

He joined Rochdale on loan in November and signed a permanent deal two months later, but was released at the end of last season.