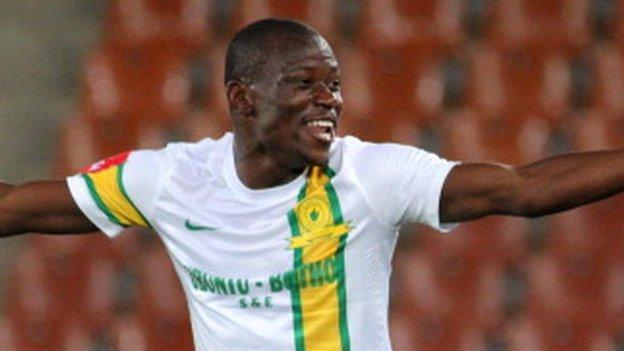 South Africa booked their place in the semi-finals of the Cosafa Cup with a 2-1 win over Namibia on Saturday.

Bafana Bafana were playing their first match of the tournament, having received a bye into the last eight, but quickly found their rhythm to avoid a shock.

Substitute Shongwe Jabulani opened the scoring with a long-range shot almost immediately after coming on at the start of the second half.

And South Africa doubled their lead when Kekana Hlompho struckj from the edge of the area.

Just before that Namibia had a penalty appeal turned down after Mkhwanazi Buhlke had appeared to handle the ball.

But they did win a spot-kick six minutes after conceding the second goal and although Willy Stephanus missed it, the referee ordered a retake and this time the midfielder scored to pull a goal back for Namibia.

Although the Brave Warriors pushed for an equaliser there was to be no repeat of their heroics when they twice upset Bafana Bafana in previous editions of the annual southern Africa national team championship.