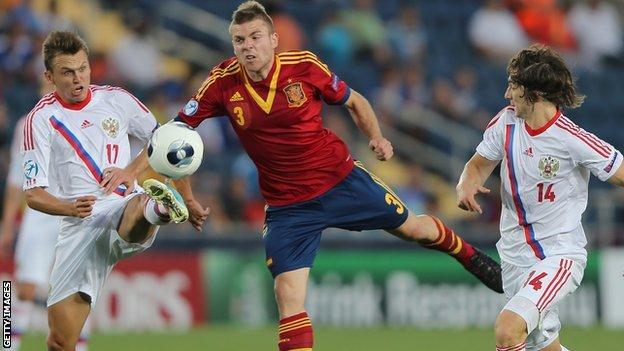 The Spain Under-21 international, 23, signed a six-year contract at the Bernabeu after passing a medical.

"I came to the conclusion that it was an offer I couldn't refuse. It's a unique opportunity," Illarramendi said.

"Like Xabi Alonso, he is a classy, composed, ball-playing midfielder who started his career with local club Real Sociedad, rising to fame by playing a key role in their surge to Champions League qualification. Illarramendi is the heartbeat of the team, sitting in front of the back four to dictate the game's flow and tempo with a wonderful range of passing."

"It hasn't been an easy decision; it has been very difficult for me because Real Sociedad have given me so much."

Illarramendi came through the youth ranks at Sociedad, and helped the club finish fourth in La Liga last season to secure a place in the Champions League.

He then played every game as Spain Under-21s won the European Under-21 Championship in Israel earlier this summer.

Illarramendi is Real Madrid coach Carlo Ancelotti's fourth signing of the summer after Isco joined from Malaga for £23m, Dani Carvajal moved from Bayer Leverkusen and Casemiro's loan deal from Sao Paulo was made permanent.

He said: "We have a very important year ahead of us with a young coach (Jagoba Arrasate) and we wanted all our players to stay.

"We told Real Madrid that we wouldn't negotiate, and we said the same thing to Asier and his agents. We fought very hard for him to stay and it's been a difficult few days because we really wanted him to stay."