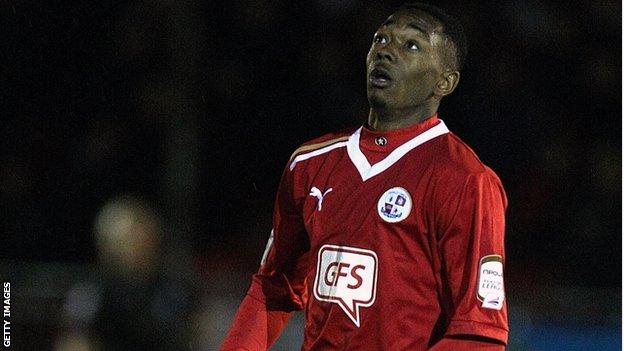 Colchester winger Sanchez Watt claims a motivation for joining the League One side was to escape busy London life.

The 22-year-old joined the U's after his release by Arsenal, seven months after injury curtailed a spell on loan.

"I enjoyed myself on and off the pitch when I was last here so it is a good move for me," he told BBC Essex.

"Colchester is a nice, quiet place and that's what I like. It's good for me to just get down to work and focus - London is a bit too loud and exciting."

Hackney-born Watt is a graduate of the Arsenal academy and after signing professional forms four years ago, he made just one start for the club, a 2009 League Cup game against West Brom in which he also scored.

He has though made a total of 63 appearances during loan spells with Southend, Leeds, Sheffield Wednesday, Crawley and the U's.

"There were options higher in the [Football] League but it came down to playing games as I don't want to be somewhere to just sit on the bench," Watt continued.

"The relationship I had with [Colchester manager] Joe Dunne when I was on loan helped me make the decision.