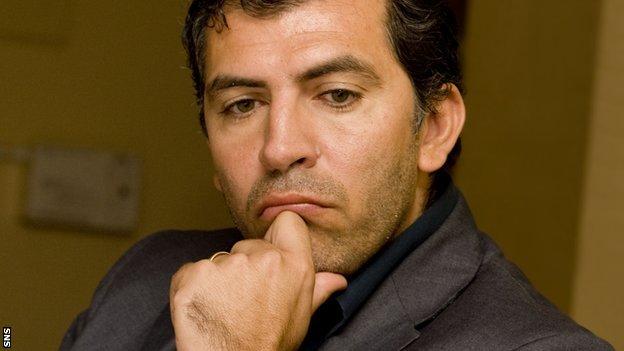 Former Livingston owner Angelo Massone is involved in one of the three groups bidding for control of Hearts, BBC Scotland has learned.

Fans' group the Foundation of Hearts, HMFC Ltd, who are financed by American investors, and Five Stars Football Ltd are believed to be bidding.

And Italian Massone is listed as a director of Five Stars Football Ltd.

BDO will now assess the bids in detail before making a final decision on who should be the preferred bidder, probably within four to six weeks.

During that time, offers can be amended after due diligence is completed and only then will preferred bidder status be announced.

Five Stars Football Ltd has made the largest cash offer for the club but it is unclear how much working capital it has at its disposal.

Massone left Livingston in July 2009 with the club having been placed in administration.

The 42-year-old attempted to buy Hearts last year from Vladimir Romanov, but the offer was turned down immediately.

Hearts went into administration with debts of £25m - owed to companies formerly owned by Romanov, who first invested in the club in 2005.