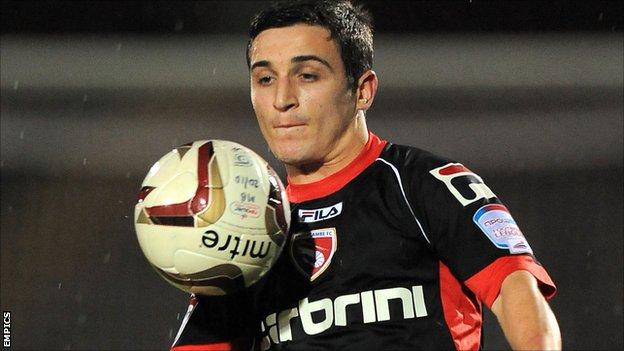 Morecambe striker Jack Redshaw is set to miss at least half of the forthcoming season after scans revealed he needs a hip operation.

Redshaw, 22, will have surgery which is likely to rule him out for five to seven months, after picking up the injury in Tuesday's match at Burnley.

The Shrimps had rejected a six-figure bid for ex-Manchester City forward, who scored 16 goals in 45 games last term.

"It is a massive loss for us," boss Jim Bentley told the club website.

"He needs an operation and will be on crutches for some time and I don't think we will see him until some time in 2014.

"The bid was a large one for Jack but I am delighted that the board backed me and turned it down."

He signed a new one-year deal with Morecambe in February 2013, after joining the club in January 2012.