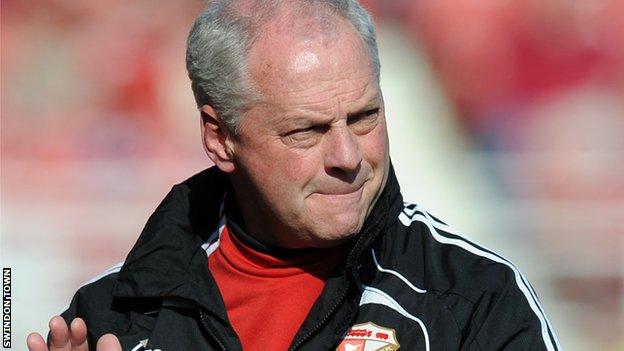 MacDonald kept Swindon in the League One play-off places before a semi-final defeat by Brentford, his 14th and final match as Town boss.

He has previously managed Tamworth, Kettering, Peterborough, Darlington and Telford.

MacDonald, 52, missed Friday's 2-0 pre-season friendly defeat by Forest Green for "personal reasons" and the following day Swindon confirmed his exit. He won only four of his games in charge.

A club statement read: "After further meetings with the board of directors today, Kevin MacDonald has left his position as first-team manager by mutual consent.

"The club would like to thank Kevin for all his hard work during his time at Swindon Town and wish him all the best for the future.

"Kevin would also like to thank the directors, staff, players and supporters for the backing and support they have given him over the last few months.

"The process to find a replacement for Kevin will begin immediately and Mark Cooper will be placed in temporary charge of the team until that process is complete."

Swindon have overhauled their squad this summer, with many of Di Canio's League Two champions of 2012 leaving the club as the Robins tighten their budget under chairman Jed McCrory,