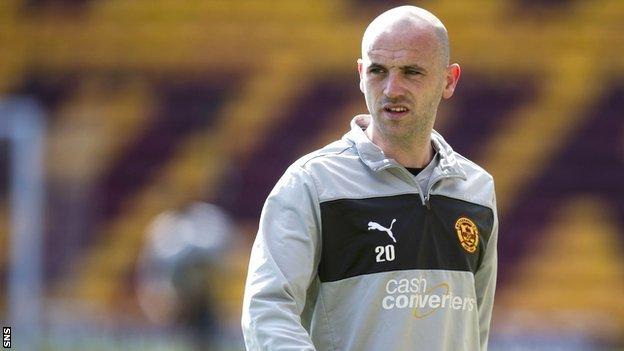 Motherwell manager Stuart McCall hopes forward James McFadden will have signed for the Lanarkshire team by the time they play Newcastle on Tuesday.

The Scotland international has been a free agent since his short-term deal at Fir Park expired in May.

However, the 30-year-old trained with Motherwell in Spain last week.

McCall said: "He'll be in on Monday morning hopefully to get things tied up and look to play a part in the game on Tuesday against Newcastle."

McFadden did not feature in the Steelmen's goalless draw against Doncaster on Saturday.

"The most James would have got is the last 15 minutes and would it have been worth it?" questioned McCall.

"He has not missed a session since he joined us and has worked hard."

McCall also hopes to add defender Stephen McManus to his squad. The former Celtic and Middlesbrough centre-half spent last week with Hibernian having trained with Motherwell the previous week.