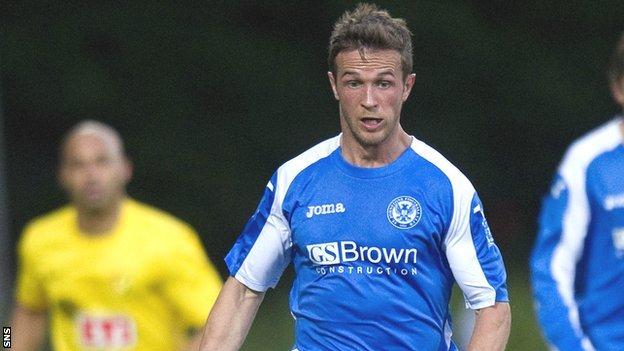 Chris Millar wants St Johnstone not to be too cautious when they play at Rosenborg in the Europa League second qualifying round on Thursday.

The midfielder played in both legs of Saints' aggregate loss to Eskisehirspor in the same competition last season.

"When we went to Turkey we gave them too much respect and we sat in too much," Millar told his club website.

"Obviously you have got to respect they are a very good side but there will be chances on the counter-attack."

Tommy Wright's side warmed up for the first-leg against the Tippeligaen second-placed side with a 1-0 friendly win at Morton in Peter Weatherson's testimonial on Saturday, but Millar saw room for improvement.

"I think there's still a bit of rust there," he said after the game against his former club.

"Hopefully we can iron out those last few bits in time for Thursday and give a good account of ourselves."