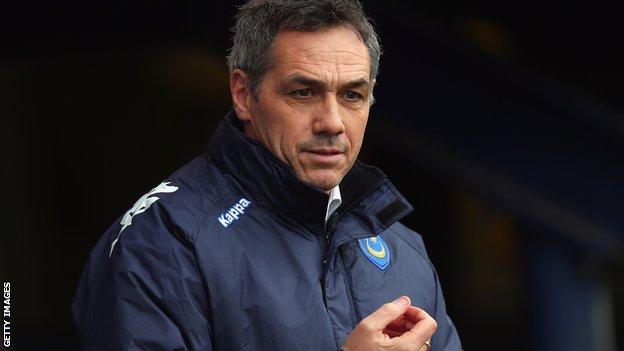 Portsmouth manager Guy Whittingham says the response from supporters is "phenomenal" after they passed the 10,000 barrier for season ticket sales.

The club, who are now owned by the Pompey Supporters' Trust, will have the largest support in League Two after being relegated last season.

Pompey were taken over by the PST at the end of last season and have seen a huge surge in support as a result.

Pompey begin their season against Oxford United at Fratton Park and, with a bumper crowd expected, Whittingham knows it is crucial for his side to get off to a good start.

"Last year they never stopped surprising us with their support and obviously they are doing it again this year," he said.

"There is a euphoria there at the minute and we have the momentum, but make no bones about it we need to get off to a good start.

"Who knows, if we do get off to a good start then it would be fantastic to see those numbers at Fratton."