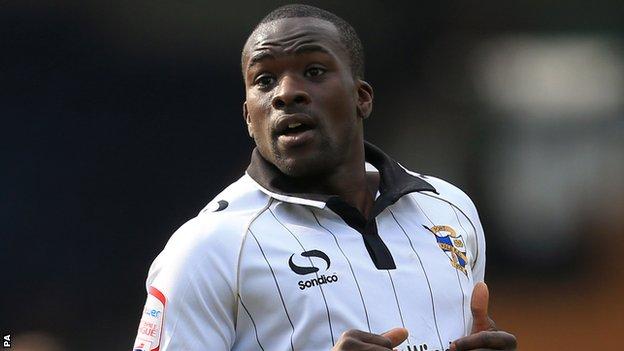 Griffith, 26, who left for the O's in May 2012, was loaned back to Vale late last season, helping them to earn automatic promotion from League Two.

Vale have completed the signing of another midfielder, Chris Lines, also on a one-year contract.

Lines, 27, was a free agent after having his contract cancelled by Sheffield Wednesday earlier this week.

"Chris is a tall, strong central midfielder who has a wealth of experience," said Adams.

"He has played in the Championship, in addition to League One and has also experienced promotion. That calibre of player can only be a bonus for the squad."

As for Montserrat international Griffith, he admitted: "I think Vale's style of play suits me and I understand the management.

"He knows this league inside-out.

"Whatever I've got to say, the manager has already said it.

"I've just got to try and lead people on the pitch. You don't need to be a captain to be a leader on the pitch and I think I've got that."