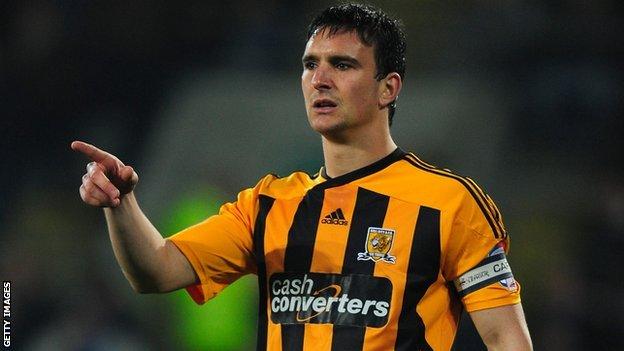 Nottingham Forest have signed Hull City central defender Jack Hobbs on a season-long loan, which will become a permanent transfer next summer.

Forest will sign the 24-year-old for an undisclosed fee and Hobbs has pre-agreed a two-year contract.

"He has been recognised as one of the brightest defensive prospects outside the Premier League," Forest boss Billy Davies told the club website.

"We are very pleased to welcome Jack to the club."

Hobbs, who played 22 games for Hull last season and helped the club win promotion to the Premier League, began his career at Lincoln and joined Liverpool when he was 17.

He was then signed by Leicester City manager Nigel Pearson, who then also recruited him while at Hull.

Pearson had hoped to sign Hobbs for a third time, but the centre-half chose the Foxes' East Midlands rivals.

Forest are still keen on re-signing their former centre-back Wes Morgan from Leicester and have had two bids rejected.

Middlesbrough midfielder Grant Leadbitter is still on the Reds' radar and manager Billy Davies is also eager to strengthen their attack.

He has been linked with both Burnley's Charlie Austin and Celtic forward Gary Hooper.

Austin saw a proposed move to Hull collapse because of a failed medical, but is still attracting interest from other clubs.