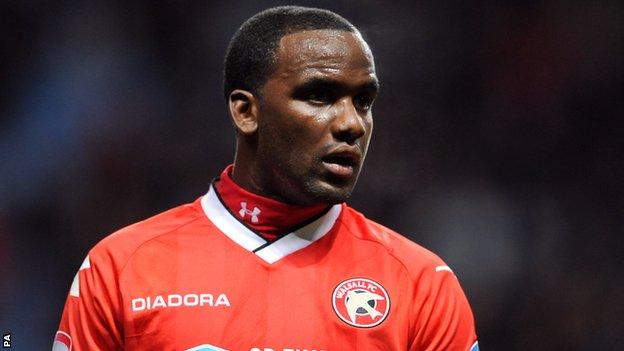 The 28-year-old scored five goals in 16 games for the Saddlers after joining in January on a deal to the end of the season, following his release by League Two side Chesterfield.

The ex-England under-21 international's deal follows the departures of fellow strikers Will Grigg and Febian Brandy.

"I am relieved to get things sorted," Westcarr told the club website.

"It's been a long process, but I am happy that everything is now agreed and I can concentrate on the season ahead.

"I'm really looking forward to the challenge and building on last season. This is a new start for me and I am excited by what the future holds in store here."