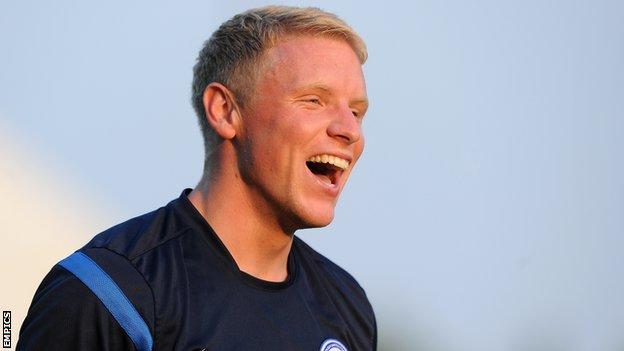 Peterborough defender Craig Alcock says Posh have the quality to cope with the loss of joint-top scorer Dwight Gayle.

"I think we're in a good place. Gayle did magnificently for us and he deserves where he's got to," Alcock told BBC Radio Cambridgeshire.

"But thankfully we've got people who can come in and fill the gaps and everyone is in high spirits."

Gayle, 22, arrived at London Road in November from Dagenham & Redbridge, only to leave eight months later for Premier League-bound Palace.

Out-of-contract defender Mark Little has also left Posh, who were relegated to League One in May, which could free a space for Alcock to switch to right-back this term, after a spell as one of a central three at the back end of last season.

"It's important for me to establish myself in whatever position it is," said the 25-year-old.

"Right-back is where I'd consider my best position and, as long as I'm doing well, it's where I see myself this season."