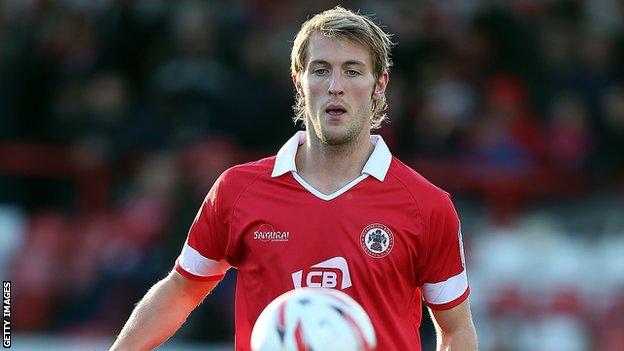 Former Accrington loanee Rob Atkinson has returned on a permanent basis after being released by Fleetwood.

The 26-year-old centre-back, who has agreed a two-year deal, during a spell at the Store First Stadium last term.

"Accrington meant a lot to me last season, even after I left," the ex-Barnsley man told the club website.

"They gave me the opportunity to come out and play some games and I'm grateful for that."

"It's a great acquisition from the club's perspective," said the former England striker.

"Rob's a great player, who we want to come in and play well for the club.

"I've said to him that we know he can play at a higher standard. Hopefully that will be with us and I think that it will."