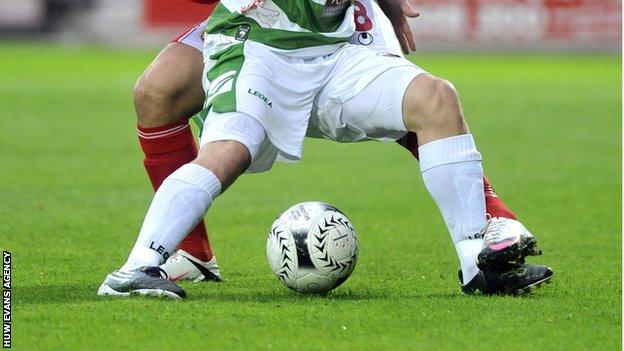 The New Saints lost to Legia Warsaw in the first leg of their Champions League second qualifying round tie in Wrexham, despite leading 1-0 at half-time.

The Welsh Premier champions stunned their visitors by taking the lead with an early Ryan Fraughan strike.

But the Polish champions dominated after the break to clinch the win with three second-half goals.

The home side more than held their own in a first half which saw Fraughan give his side the lead on the 11th minute when his cross-shot went through the legs of goalkeeper Dusan Kuciak.

Striker Alex Darlington had the best chance to extend the TNS lead just before half-time when his shot hit the left-hand post only to bounce back into the arms of Kuciak.

The Polish champions were a different outfit after half-time and their superior skill and fitness told against a TNS side that defended stoutly for much of the second half.

The second leg will take place in Warsaw next Wednesday.