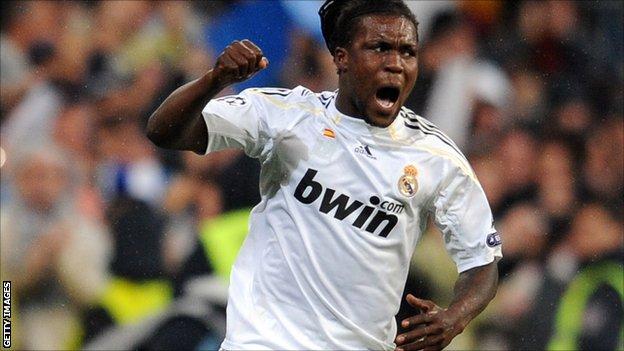 Reading boss Nigel Adkins believes Royston Drenthe can have a major impact at the club - if they can keep him fit.

Drenthe featured for Reading in the pre-season draw against Belenenses on Tuesday and Adkins is excited by what he has seen from the 26-year-old.

"It is going to be so exciting for our supporters," the former Southampton boss told BBC Radio Berkshire.

"We need to get him to a level of fitness, but he is explosive in the attacking third of the pitch."

The former Real Madrid midfielder is one of three summer signings made by the Royals and Wayne Bridge and Danny Williams also featured in Portugal.

And Adkins feels if they can get the Dutchman up to the required levels of fitness he will be a crucial player as they try to return to the Premier League at the first attempt following relegation.

"Royston Drenthe has worked extremely hard in pre-season," he added.

"We want to make sure we build up his levels of fitness. One, because we do not want him to break down, and two, because he is an explosive player and there is always a concern a player like that can pick up an injury - but he will be very exciting for us."