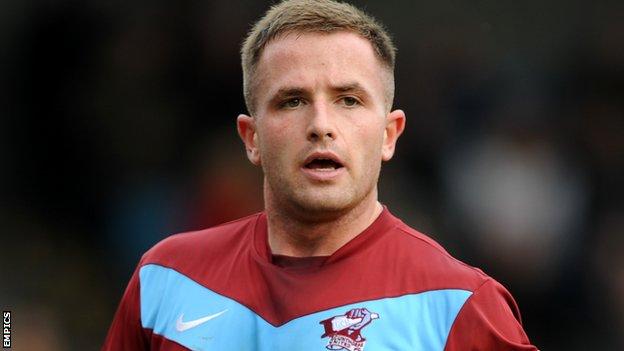 Gateshead have signed midfielder Josh Walker on a one-year contract.

The 24-year-old, who was born in Newcastle, was released by League Two Scunthorpe United after making 26 appearances last season.

"It is a fantastic signing, he has played at the top level of the English game and has captained his country at three levels," said manager Anth Smith.

"I'm well aware of what he is capable of and at 24 he is just the right age and just what we were looking for."

Walker was close to securing a move to League One Crewe Alexandra, but is now looking forward to returning to the north-east.

"When the Crewe move fell through at the last minute I looked at the other options available, but the opportunity to come home was too good to turn down," he told the club website.

"It's a blessing that I've had the chance to come to Gateshead and hopefully I'll have a good season and one that we get promoted."

Walker began his career at Middlesbrough and has also had spells at Watford, Northampton and Stevenage,