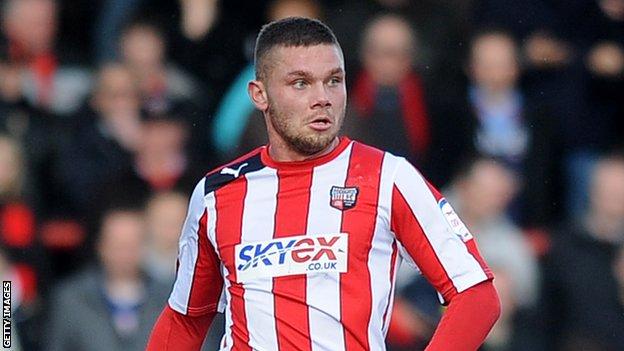 Brentford defender Harlee Dean has signed a new three-year contract with the League One club.

The 21-year-old centre-back, who made 56 appearances last season, will now remain at Griffin Park until the summer of 2016.

"I am very happy the hard work we have put in to convince Harlee and his agent to sign for us has paid off.

"I am delighted that Harlee has committed himself to us," Bees boss Uwe Rosler told the club website.

"He has seen the plans the club has and that Brentford has been very good for his development.

"It shows the ambitions of the club to keep our best young players. Harlee will be a key player in the years to come."

Dean began his career at Dagenham & Redbridge, but only made one appearance for the Daggers before joining Southampton in the summer of 2010.

He joined Brentford on loan in November 2011 and then made the move permanent last summer and has so far played 84 games in total for the League One side, scoring five goals.

The loans, including one of £500,000 from the Council, were taken out in 2006 when Bees United, Brentford's supporters' trust, acquired the majority shareholding in the club.

Matthew Benham, the west London club's owner, has provided the finances for the repayments via secured interest-free loans.