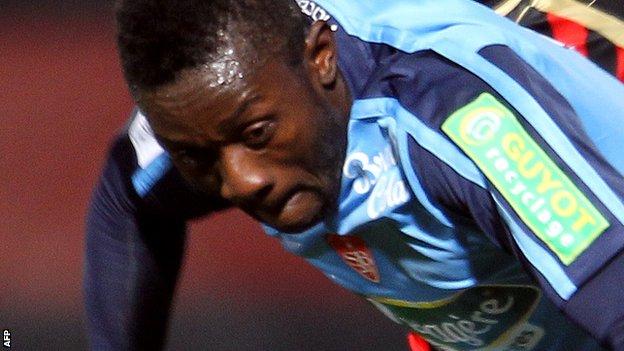 N'Tame, who has played for clubs in France and Belgium, has been on trial at Wrexham.

The 28-year-old has featured in pre-season matches including the 2-1 defeat against Wolves.

"He's back off to Paris, as he's had an offer from over there, but I think he would like him to stay with us," Morrell said.

"We played him in his favoured position at centre half and I thought he did relatively well. He can head the ball and has a good range of passing.

"We'll see if we can muster something. So I'll be speaking to Billy [Barr, assistant manager] and the board to see if it's worth pursuing or not. Is it something we can do or we can't.

"He's impressed me so far and he's a little bit different to what we have got. He's strong, has some pace about him and can play in a number of positions if needed.

"So he's a possibility and if money wise it fits, then we can start talking."

Morrell admits he will try to ease off playing this season as he hopes to guide Wrexham back to the Football League after two successive play-off disappointments.

The 38-year-old striker will continue playing for another year but also wants to focus on his managerial role.

"I'll keep training in pre-season and if needed I'll play but hopefully I can ease off a little bit and concentrate on trying to run this thing."

"I'd like to get another one [striker] if I could to keep things lively up the top end," Morrell added.

"He's [Bishop] a handful. He's got a lovely touch, put himself about and he's fit as well which is great to see.

"Hopefully he'll get a few goals for us and push us towards that top end of the table."