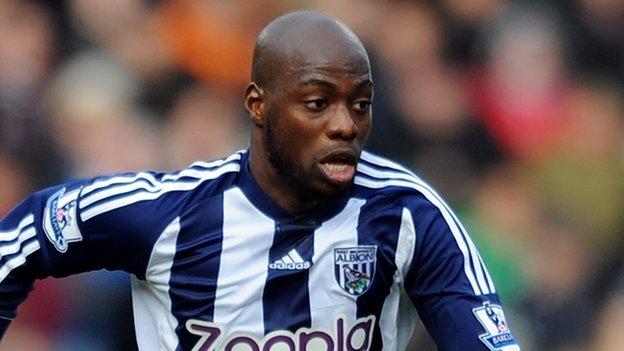 West Brom midfielder Youssouf Mulumbu has signed a two-year contract extension with the Premier League side.

The 26-year-old, who had 12 months left on his previous deal, will stay at The Hawthorns until 2016 with the option of a further year in the club's favour.

"He's a talented player and the fact he is willing to sign a contract extension shows we're doing the right thing."

The Democratic Republic of Congo international joined West Brom from French side Paris St Germain in January 2009 and helped the club win promotion in his first full season.

He was named both the fans' and players' player of the season that year and has continued to be a key figure in the team, making 132 appearances and scoring 12 goals.

And Clarke believes there is even more to come from Mulumbu.

"The really pleasing thing is that Youssouf should now be coming into his best years as a footballer," he said.