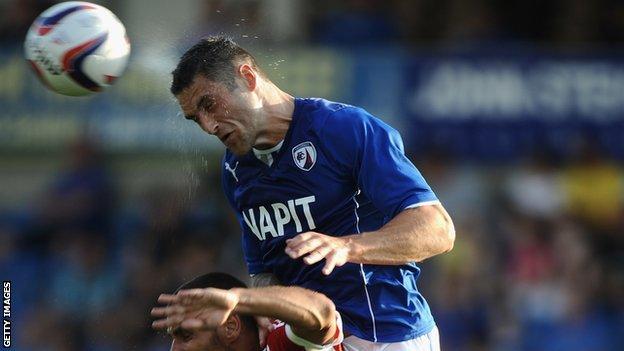 The 23-year-old has agreed a one-year deal with the League Two club after a successful trial spell.

"Chesterfield is a club that's going places, it didn't need to be sold to me and it's a great step in my career," he told the club website.

"I'm delighted to have signed for Chesterfield and I can't wait to get going."

Brown is the second player to join the Spireites this week after former Hartlepool full-back Ritchie Humphreys signed a one-year contract on Monday.